A video trending like wildfire on the internet had a man who is said to be a prophet of God been beaten up by some people.

The self-acclaimed prophet of god who is identified as prophet Elijah, was beaten up by inmates of his community after they found out that he was a fake man of God.

The chritian faith had it that, one must believe in Jesus Christ and God but not any other creature or being on earth. Its even a sin for Christians to worship other lesser gods apart from the God in the bible.

But this pastor was caught doing both. He worship the God in the bible and other lesser gods which goes goes against the Christian faith.

From the information gathered so far by Ghpluzz.com, prophet Elijah is reported to have a shrine few metres away from his church where he was caught.

The people after knowing that they were being deceived by prophet Elijah in the past years, decided to invade his church where they found out that he was really a fake prophet of God.

he was subjected to severe beatings by the people for deceiving them and posing as a man of God. 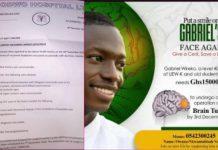 It was only one night stand and I can’t remember her face, lady leaks chat with cheating boyfriend

I nearly died on my sick bed, but John Mahama saved me – Wayoosi reveals 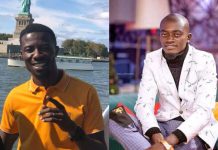 You are angry because i didn’t show up for your series, you rejected mine two times plus an interview – Kwaku Manu angrily tells... 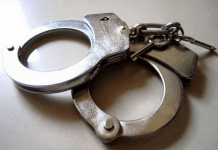 Mahama has no sense to manage Ghana as president – Kennedy Agyapong